The Iron Bottom Award was created in 2014 to honor the first time in recorded (or remembered) history that a club member attended every TCMG activity for an entire year, in their MG TC.  The truly amazing part however, was the fact that it was not just one, but two pair of members who accomplished this very difficult achievement.  At year’s end, both parties remained tied in points for the Sargent Award, but in this unprecedented situation it was decided that instead of going through the established tiebreaker process, a tie for the trophy would be allowed for the first time since its conception.  The winners were Steve & Linda Simmons and Richard & Sandra Loe who had both attended every activity in their TC for the entire year, including all monthly meetings, driving events, etc.

It was decided that an appropriate award for this achievement would be a lapel pin that could be worn to show one’s dedication to TC Motoring Guild and the MG TC in general.  The pins that were created were based on various vintage designs, and cast in pewter. 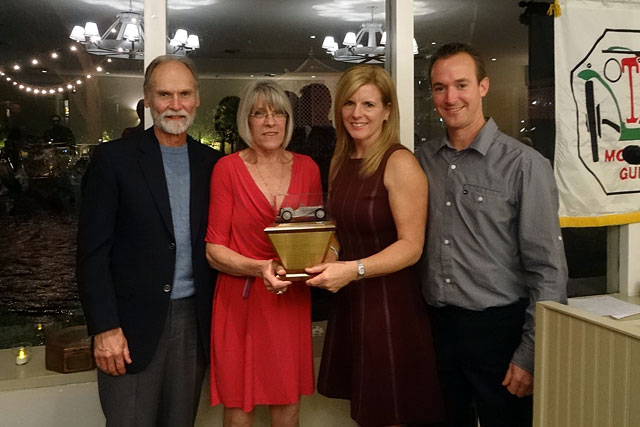 Photo from 2014 showing the first recipients of Iron Bottom pins, and the first recorded tie for the Sargent Trophy. Pictured from left to right are Richard and Sandra Loe, and Linda and Steve Simmons.

Rules for the Iron Bottom Award

To achieve a perfect attendance (and be awarded a pin for such), a single membership must meet all of the following requirements:

The following activities are NOT required to achieve a perfect attendance, although they do award points toward winning the Sargent Trophy.


All content contained on this site is copyrighted unless otherwise noted.
No material contained herein may be copied or reproduced without express written permission from the site owner.
© 2020 TC Motoring Guild