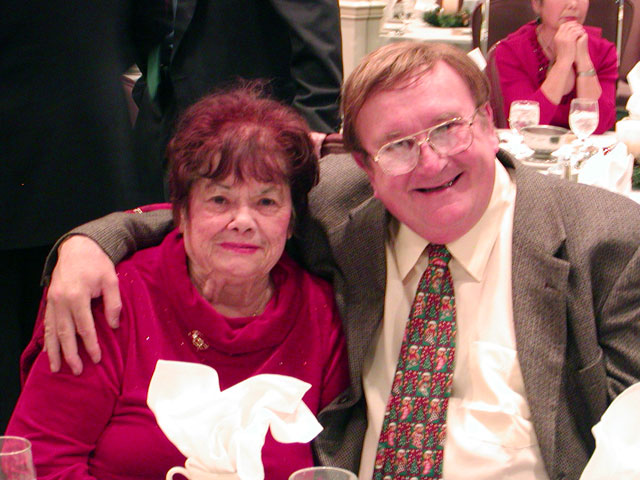 Ramblings from the Olde TC Motorhouse

OK Don, what ever possessed a serious hitech physics student like yourself to even think of getting a low-tech MG? And why in this world would a single car garage not be more than sufficient for anyone? I mean you can only drive one car at a time. How did your MG derangement, oops, I mean obsession, oops, I mean interest start?

I suppose it all started for me back in the sixties. I was familiar with what I thought an MG was, I mean the MGA was new, sort of, and defined racy style for football players, jocks and the like. I never tuned into that because was that was not me.

This takes us to a freezing night in November 1965 in Duluth, Minnesota. I was proudly gassing up my fifty dollar car. Ah yes; a 1951 Cheverolet two door coupe, AND not to mention the chrome letters on the side said Deluxe. Fabulous, what could be finer! I was gassing up at the Pure Gas Station on 9th Street in Duluth near the University. Just being there with your own car meant that you had arrived. Working in atmospheric electricity research at the University of Minnesota, Duluth, as an undergraduate for $1.33 an hour, I now had wealth (cough), well dimes actually in my pocket at all times, to afford two packs of gum at once! Then wham, when I got the $50 car, all that was over. It was always something-money for tires, money for insurance University student car owners would all be sucked into poverty by their cars, but I did not know that then.

Everything was fine. I would just keep the 51 Chev forever. Never mind that it was gray primer. The rust was moderate, but not catastrophic, depending on ones viewpoint. Well OK, maybe the trunk which was rusted through to the fender wells (which were also rusted through in places) would let you collect rocks without rock collecting. So driving down dusty roads covered the back seat with heavy dust. Ahhh no problem, the previous owner had resolved this with class – replaced the cloth seats with fine leather ones out of 50’s Oldsmobile. So this car was class. All you had to do was dust them off every fifty miles or so, or whenever you noticed, which ever came first.

The car had a huge steering wheel, and even with that was almost impossible to steer, and got an amazing 13 miles per gallon. You mean there are cars that do better? Of course Don, Volkswagons. But those never ran in the winter at 26 below in Duluth, and even the factory claimed, “It is not a car, it is a Volkswagon!” Dr. Sydor my main physics prof at the time would certainly agree, but he had other words which can’t be used here. He wound up walking most days to the Uni, while my $50 Chevy ran just fine no matter how cold.

Anyway I was gassing up as I said one night at that Pure Gas Station, it was near zero, and there was light snow on the ground. Out of nowhere, a man came in with this really cool ancient car. I mean it was ancient, had to be 1700s at least. I mean, what did I know back then? But obviously they had not made a car with such ancient classy lines like that for decades I though, and yet so coolly miniaturized, so compact and tiny. He sped up the engine to a nice perfect sewing machine purr, and the inside was all warm looking and glowy. It had very peculiar gauges that definitely gave the aura Now This is a real car! I asked the man what kind it was and he told me it was an MG. Hmmm I sure would like one of those. Now that is pure elegance, sophistication and style.

I had no idea if it would be hard to find one of those or not. I never saw anything like it at Teds, the local MG dealer in Duluth. Besides the Renaults and other brand cars he did have, even old and not running junkers, were let’s just say not in the $50 range, so a bit out of my budget. After all, my 51 Chevy was sufficient? Still, I had been bitten and the MG bug which would not leave me.

I began watching the paper for MG’s, and dropping suggestions to my parents to get their reaction and warm them up to the idea. How good it would be to get a more economical car, like say a, well, you know, a VW, a more economical four cylinder. I did not dare mention the M word because MG meant sports car, and “sports car” was simply out of the question for serious physics students at that time. But my hearts nagging for the MG would not go away. Christmas passed, and it came around to February. It was now 26 below zero, and there it was, an ad for the MG of my dreams: Sports Car, Classic Black with White Top. It was all comfy inside the heated showroom of Duluth Motors, the local Cadillac dealer where it was lined up with all the used Caddys. The price only $595. It had been more expensive, but let’s just say that the demand for classic MG roadsters in Duluth, Minnesota in February, being 26 below zero, was not exactly in your hot demand of wild succulent anticipation.

I went down to see it and there was my car. I had to have it. I had no idea where I would get the money, or how I could break it to my parents. The dealer said, “Don, no problem, college physics student, University of Minnesota.” A small deposit and the numbers came out to be $11.47 per month. I was living at home with my parents. I had no idea if I could get $11.47 in a whole month . . . the demand for classic MG roadsters in Duluth, Minnesota in February, being 26 below zero, was not exactly in your hot demand of wild succulent anticipation. or not, but there may never be a chance ever never in my life like this. I mean this was THE CAR. I was making $1.33 an hour, those payments seemed scary. However, I knew then that this was not just a passing fad. I saw the future about my feelings correctly, my love for the car has never changed in all these years.

Anyway, getting back to the story, to be sure I was not doing something stupid, you understand, I invited my three best friends to go down with me and see it. They were all sophomore physics students, with all the unlimited worldly knowledge such status attains. I did not want to waste any time at all because this was the one, the only, THE CAR. The dealer opened at 8am. Our physics lecture was at 8am also. I had never cut a physics lecture in my life. A serious physics student simply does not cut physics lecture, EVER, for any reason, period! It is simply not done. What’s worse, I would now be corrupting my three best friends who would also be cutting the same lecture. When we got there, it was unanimous by these three, time-wisened, sophomore physics students, “Yep Don. That’s a good one. Get it!”

Well someone came in and now was sitting in my car. I went crazy. I absolutely panicked. I found the salesman and said, “Don’t let people sit in there! I am buying it.” He asked, “Don’t you want a test drive?” “No, I don’t care. I am buying it.” “Don’t you want to hear it run?” he queried. “No I don’t care, I am buying it. Get that guy out of my car.” The financials were signed. The car needed a new battery, but he started it with the huge heavy duty shop battery charger they had back then and like they no longer make. I left the dealer with my friends in their car, went back up the hill to the rest of our classes, which for me was no point, since I could hardly concentrate. The dealer would install a new battery before I could get the car. All I could think about was getting my car. How would I ever break this to my parents. Actually I could not think of a way, so I just kept quiet. (Continued)

Read the rest of Don’s automotive adventures which run monthly in the 2009 Midget Chassis newsletters. Go to: http://www.tcmotoringguild.org/newsletter