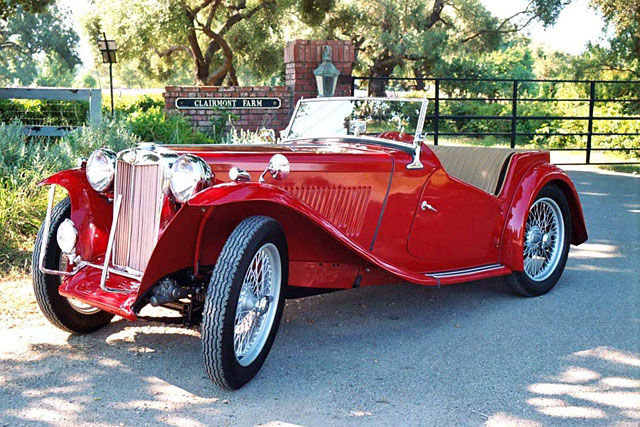 Doug found the TC near Victoria, Canada while traveling in 1996. He learned there was a 1947 MGTC for sale in a remote town nearby, and had been thinking it would be fun to own an MG manufactured in the year he was born. Although it wouldn’t start and was filled with pine needles, this seemed like the perfect opportunity.

Five years later he decided to take the MG TC down to the frame and rebuild it as new. While it supposedly was restored in early ’70s, he stripped it down to frame and built it back up with one eye toward originality and the other towards expense. After several years of gathering parts and with the help of friends, Doug’s wonderful car is restored.

Of the TC, Doug says “To this day I believe the MG TC is one of the most graceful and beautiful cars ever built. I enjoy driving it and love getting waves from people as I pass – especially young children.”