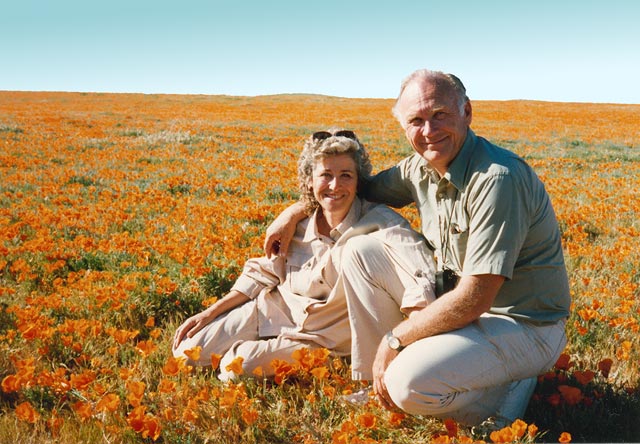 Purchased from Norm Turpin in December 1963 as a nice, red/black street restoration, it was driven hard in rallies, gymkanas and tours until 1974. That year it was completely restored to it’s current yellow/tan color and is now used mainly for local touring.

MY FONDNESS FOR MGs began in 1947 when I was still in high school. The “rich kids” drove cool cars: Ford woodies, three-hole Buicks, even Caddy convertibles. (I was stuck with the old family Dodge.) Then one day a curious import appeared in the school parking lot: a brand new MG “TC.” Just looking at its graceful lines erased all other “dream cars” from my mind.

It wasn’t until 1960, after college at U.C.L.A., military service, marriage, and several years of employment as a high school art teacher, that I acquired my first TC, a 1948 bone-colored beauty with red vinyl upholstery. It became my wife, Norma’s daily driver and my weekend hobby. Then, a nicely restored, red 1949 (EXU) TC belonging to Norm Turpin, became available, and, long-story-short, became our second TC. This car was restored by Mike Goodman in 1974 and, except for a few minor changes, is the car you will see us driving today.

One month after we bought our first TC, we were introduced to the TC Motoring Guild by Clarence and Barbara Weiss. We both got involved in the organization of then-popular navigational rallys as well as low-pressure “fun runs” like the “Gourmet Pique-Nique. Soon after my first term as TCMG President, I was privileged to help Doug Wimer organize the MG Parade Lap at the ’69 Riverside Grand Prix which consisted of 46 TCs, each chaffeuring one of the Formula One contestants. During my seven years as the Club’s newsletter editor, I also contributed monthly columns to the Long Beach MG Club’s Spokesman and occassional pieces to Safety Fast. During this period, I began a correspondence with Russell Lowry, the very traditional General Secretary of the MGCC. After a friendly debate over the definition of a “classic” sportscar, I persuaded him to write the forward for the first ever, International TC Register which was published by the TCMG in the early ’70s. About this time, I acquired my third MG, a primrose 1967 BGT which I used for several years as a daily commuter, and even now, with new upholstery and a color change, this beautiful coupe is still running strong.

In 1998, Norma and I, together with Leo and Martha Petersen and Larry and Barbara Long, planned the second TCMG tour of the U.K. On the Grand Rally Around Britain II, twelve members, all in TCs, visited London, Dorset, the Isle of Wight, Devon, Cornwall\, most of Wales and the Cotswold Villages.

Interspersed between automotive activities, a temporary fling with yacht racing in the 70s and 80s resulted in a mighty outflow of cash and a meager inflow of brass trophies, but it also led Norma and I into a routine of summer sailing along the coast of Southern California with yearly visits to Catalina where we first met in 1955. It has been one of our annual “musts” ever since.

But life goes on outside recreational boating and MG motoring. For 35 years, my workday world included ten “exciting” years as a secondary school teacher with the remainder at tranquil L.A. Pirece College, always on the fine arts side of the campus except for a brief encounter with graphic design and computers in the late 80s. During that “golden age” of public education, several sabbaticals to Europe infected both Norma and I with an urge to travel which continued after our retirement in 1991. Annual Fall trips followed: France, Belgium, Italy, Greece, Turkey, even Fiji and W. Samoa. Thousand mile treks down Mexico Hwy.1 to Los Cabos in our RV became our winter get-away. Finally, our lust for travel was satisfied and today, a quieter life of MG touring and summer sailing has returned.

A short affaire with a rare, 1962 MGA MkII Deluxe ended when it was sold to a connisseur of collector cars right off the paint room floor during resoration. It was my fourth and last MG. Unless, of course, I should run across a dusty TA Airline Coupe in some farmer’s garage next time we visit the UK.


All content contained on this site is copyrighted unless otherwise noted.
No material contained herein may be copied or reproduced without express written permission from the site owner.
© 2021 TC Motoring Guild